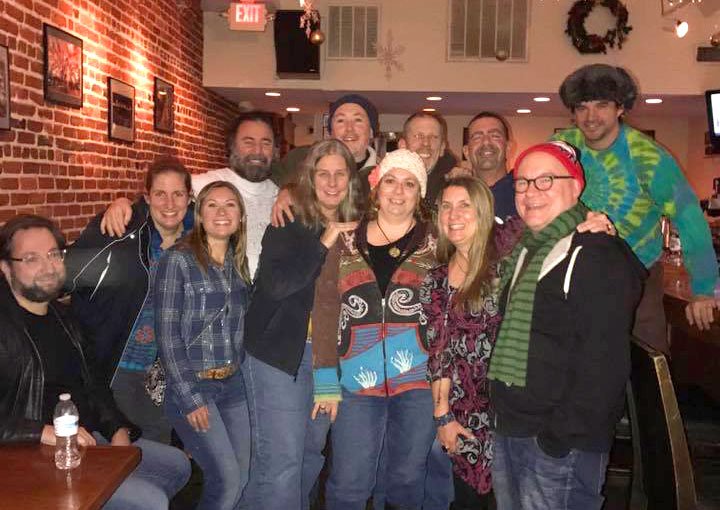 The past two weeks, the first of 2017, have been technicolor for Better Off Dead. The year ahead, musically, feels like it will be the best ever.

Why? On New Year’s Eve we were shot through with love to welcome scores of VIP guests to the 8×10 and the Hotel RL for our (annual!) celebration. Steal a Peach started it off with righteous rock, and we were only too happy to jam you past midnight as we kicked off the year. But if we’re being honest, it was the New Year’s Morning acoustic set that made our hearts swell, as the hotel lobby filled with our favorite people, grooving to blues and country, Dead classics, and Jerry magic. By the time “Uncle John’s Band” rolled around, John thumping on his new upright (what should he name her?), Will playing his wind-driven mini-keyboard (a Yamaha Melodica), all those strings thrumming, we all felt full of love and community.

Less than a week later, we rolled through the cold snow and rain to debut at The Camel in Richmond, VA. What a great room! And it was filled with dedicated BODHeads who’d made the ride down! Speaking for the band, I can tell you that it was a particularly satisfying set for us, with maybe the best “Don’t Let Go” we’ve ever played and an “Estimated Prophet” that we hope you’ll remember for a while.